Licensed and Legal: We only list legal gaming sites that are in compliance with state gambling law 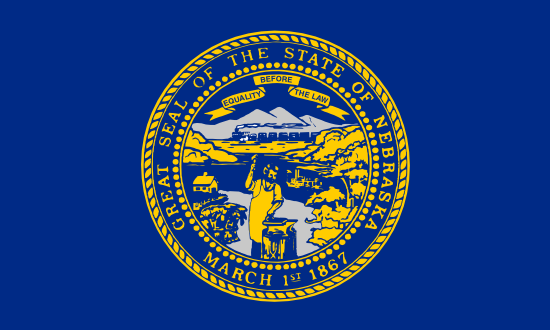 Latest on online gambling in Nebraska

Updates regarding the gambling status in the state of Nebraska are coming soon. Please sign up to our newsletter to be notified.

A Complete Overview of Online Gambling in Nebraska

Nebraska is one of the most barren states when it comes to any type of gambling. While the Cornhusker State has an incredibly rich history with gambling, seeing as a type of poker game was named after their capital city (Omaha Hold’em) but today, they are a shadow of their former self, gambling-wise.

The first step towards legalization of any type of gambling was in 1934, where pari-mutuel betting on horse races was allowed but only on the tracks themselves. Later in 1958, the state’s Senate moved to legalize bingo in charity purposes and in 1967 raffles, pull-tabs and lottery games were added to the same list. The first major break happened in 1992, when shared lottery games and multi-state games such as Mega Millions and Powerball were legalized.

As one positive aspect, since 2011 Nebraska has allowed tribal casinos to exist and now there are a growing number of them in the state with five operating at the moment and a sixth in the works. Attempts to bring class 3 games to Nebraskan casinos have failed, and all casinos now only operate slots and other class 2 machines and games.

Finally, online gambling is illegal in Nebraska. They haven’t made a specific law yet, but they have repeatedly mentioned that the practice is illegal under the current laws as long as it isn’t defined as legal with an amendment or a separate bill. This includes all types of online gambling, including live poker, live online casinos and even selling lottery tickets online!

Nebraska has very specific laws for some types of gambling and incredibly vague ones for others, like many of the states of the Midwest. Casinos are illegal, yet tribal casinos are legal, but table games aren’t and they aren’t present at any of the tribal casinos. Furthermore, sports betting is only allowed in the form of pari-mutuel betting at racetracks, but there are only four tracks available. You can enjoy simulcast betting but only at the racetracks which are in decline. Live poker is illegal, but you can play in poker tournaments that offer prizes to the winners, instead of using real money to play.

Bingo, keno, raffles and pull-tabs have been legalized for charitable organizations and a normal lottery system is in place too, with single-state and multi-state lotteries. To put it simply, class 2 gaming is allowed, while everything above it is not. Nebraska has an all-out ban on smoking in public places, so you’re probably not going to be able to smoke in the casinos. Try out these casinos in Nebraska:

Online Casinos in Nebraska: What You Should Know

Nebraska doesn’t offer any online casinos. They haven’t mentioned online gambling in their constitution or laws, but they’ve said that whatever isn’t specifically carved out of the gambling law is still illegal, including online gambling altogether.

What types of games do Nebraska online casinos have available?

Can I play online casino in Nebraska if I don’t live there?

How to Choose the Best Online Casino in Nebraska

Nebraska doesn’t offer any online casino options, as there aren’t any licensed online casinos in the state. If you live in Nebraska and you want to gamble online, you’ll have to wait for your state to legalize online gambling or you can simply travel to a different state that has already legalized it. A lot of Nebraskans cross over into neighboring Iowa to play at their class 3 casinos, so that may be another option.

Nebraska is lagging far behind most other states when it comes to online gambling. This state has a rich tradition but a poor track record with gambling and especially casinos, which continues to this day. We may see online casinos legalized only after land-based casinos, and that’s still in the works.